There have been absolutely zero negative revelations around cryptocurrency and blockchain tech, or the teams building them, yet here we are, peak crypto FUD. FTX, as I’ve discussed, is not crypto. SBF and his band of low lifes were running a centralized and unregulated exchange. They were not on the core Bitcoin team or the core Ethereum team or behind Compound Finance or Uniswap- they couldn’t have been. Because all those things I just listed are auditable, open source, and you don’t even have to trust the people building them. You only have to trust the code. That is the whole fucking point. That is the beauty of cryptocurrency. And as it stands, I see no other technology that has the potential to both build a verifiably trustable computing platform and act as an alternative to fiat currency as a hedge against government malfeasance.

Centralized companies built on top of crypto (read: not crypto) are going tits up and the macro environment is pounding high growth equities and some of the shot callers are calling a recession in 2023 (impossible to predict) and the prices of crypto have "cratered" to half a trillion of market cap between BTC and ETH. None of these things have anything to do with the core tech breakthrough that is cryptocurrency. Permissionless, verifiable, safe, open source, auditable code. That’s what it is. And guess what, it’s still working. It's working as a form of payment, it's working as a way to build financial applications (DeFi), it's working as a way to build identity platforms, create new governance structures, and as a means to supercharge traditional software applications- cofounder of Ethereum Vitalik Buterin covers all these categories in an excellent post.

As I type this my Bitcoin and Ethereum node is behind me verifying transactions (check out geth.fyi to view my node’s live output). It doesn’t know anything about what’s going on. Because the code is just working. It doesn’t know that a bunch of folks are coming out of the woodwork to write hit pieces when they smell blood in the water. People who never talk about crypto from a tech perspective which is the only perspective that matters. A tell tale sign of a grifter is someone who likes crypto when price go up and hates on it when price go down. This is the equivalent of hating or loving a company solely based on the stock price. The best investors in the world have a backbone, they buy more of a company’s stock they like when the price goes down because they know if the fundamentals of the actual company have not changed, then there is nothing to worry about.

My antibodies have been built up for this crypto winter. I have never been longer the technology and I think it will absolutely be pivotal for human progress going forward. It already has been. There is no better alternative to Bitcoin in countries where trust in the banking system, currency, and rule of law is lost. And the citizens of these countries are using it. The developed world has the privilege to turn their nose up at it because we have banking systems we can trust. I think the US financial system for all its flaws is overall very good and one of the best things ever to happen to humanity. But is it unreasonable to think that maybe, just maybe, the Fed an/or our government could operate in a way that destroys the trust in the US dollar in the future?

I don’t want to live in that world, and I am long USA because frankly no other country can handle the torch of human progress. Look at Canada, a G7 “free country” that, without due process, froze the assets of truckers during their strike. That would be impossible with Bitcoin. They could blacklist the wallets, but they couldn’t just freeze it. But is it that crazy to view Bitcoin as a reasonable hedge against tyranny and malfeasance? Hyperinflation has occurred countless times in history. Could it maybe happen here? Could it happen across the developed world? And is the fact that Bitcoin exists a reasonable check on the powers that be in our governments and our central banks? Could it maybe encourage them to act more reasonably?

Gold you say! Is it not unreasonable that we could mine an asteroid that craters the value of gold? Could we not come up with new mining techniques to find a shit ton more of it on earth? Could we not find a way to create gold in a lab at scale for cheap which makes gold worthless? We do it with diamonds. There will only ever be 21 million Bitcoin. No matter what. That is built into the protocol. And it’s not heavy, it’s easy to transfer, it’s verifiable digital scarcity.

But it’s not real! And the value of gold is? Gold is worth a lot because people think it’s worth a lot. It’s a myth. Just like the US dollar. Is it THAT much of a stretch to view Bitcoin the same way? Bitcoin, which is powered by math, completely open, trustworthy- is it that crazy to think it is a reasonable system of value?

But Bitcoin is used for crime! Ah yes, a system with completely open transaction history is what criminals are going to use. The fact of the matter is, the Feds love when criminals use Bitcoin, because they can track the shit out of it. Bitcoin is so good for criminals that even folks who are able to steal billions of it, can’t even spend it, so they just sit on the stockpile for years like a broke fat dragon.

No no no, criminals use cash, criminals use the US dollar. Yeah there are some numbers on it, but it’s a piece of paper. There is no clear record of the transaction when it changes hands and is laundered. Now I think that’s great, I think the privacy associated with cash helps honest folk more than it does criminals. And frankly I’m worried about a world where cash no longer exists and every single transaction we make is stored and can be accessed. I often think about old school tech and how it has incredible properties. Cash is a great piece of tech that leaves zero record when it changes hands. The spoken word too. If I have a private conversation with someone in person, there is zero record of it left over. That is an amazing thing.

Now let’s talk about another reasonable advantage of cryptocurrency and blockchain tech. Because this tech allows for more than simple currency like transactions. It allows for the building of applications. Ah, well, we have cloud companies for that. They are easy to use, scale to infinity, are less expensive, and we can trust them for the most part. It’s that last part that gives me pause. With blockchain we have the tech to build computing platforms that don’t require trust. We don’t have to believe that Google, Microsoft, or Amazon will do the right thing. We don’t have to believe that Twitter and YouTube and Facebook and Reddit will not use their centralized power to steer the public conversation a certain way that the US government wishes- oh wait, they already do that. Is it that unreasonable to believe that blockchain tech- which is verifiable computing- is a possible antidote to the attack on free speech by the US government and a small group of ultra liberal ultra sensitive ultra holier than thou tech executives who don't trust the commoner to make their own conclusions with all the info out on the table?

Is it not unreasonable that blockchain tech could be the antidote to the fracturing of our internet? The internet is no longer the World Wide Web. Countries are putting up walls. The Chinese firewall, EU-US Privacy Shield, India’s internet banning Chinese tech (good on them), shit hole countries greatly restricting their people’s ability to visit the sites and use the services they wish. The internet is fracturing and control is being exerted on it. Is it not unreasonable that blockchain could shift the power back to the individual?

Whether being used as currency or an application platform, I see ZERO, and I mean FUCKING ZERO other options to address the problems I’ve outlined above. That’s my point. We can all agree on these problems for the most part. And we finally have tech that has a reasonable shot at addressing these problems, and people bury their heads in the ground.

Elon Musk’s Twitter is a step in the right direction on the free speech front, but why not build a system that doesn’t require any trust in people? Open source plus verifiable computing is an amazing leap. Doesn’t matter what FTX is doing, doesn’t matter what the hit pieces are saying, doesn’t even fucking matter what the price is (though I believe BTC and ETH have the opportunity to accrue immense value over the coming decades- don’t invest more than you are willing to lose)- the tech is the only thing that matters. And right now, it keeps marching onward. The Ethereum Merge was perhaps the greatest open source software feat of all time and it occurred when people were bearish, and now they are even more bearish. New layers are being built on Ethereum as you read this to allow it to scale more effectively using breakthrough computer science tech known as ZK-rollups. We have something here.

So before you dog crypto, ask yourself, how else can we solve these immense challenges of currency failures, free speech, and trustworthy computer facing civilization? It's not unreasonable the answer is crypto. And if you don't think the answer is crypto, show me technical reasons why not. Show me why, from a computer science perspective, are blockchains not viable. Then at least the conversations will be productive. There are plenty of drawbacks to blockchain tech right now, scaling being the biggest one. As with all new tech, at first it looks like a toy, then underpowered, then it disrupts. Miss me with the price decreasing or the SBF talk. Regardless, let the builders build and the FUD hit the floor.

Looking to build? I cofounded Fullsend, a studio helping innovative companies build best-in-class apps. Let's talk, reach out to me at dick@fullsend.io.

This post was featured on HeadlineLedger, the best crypto focused news aggregator on the planet. 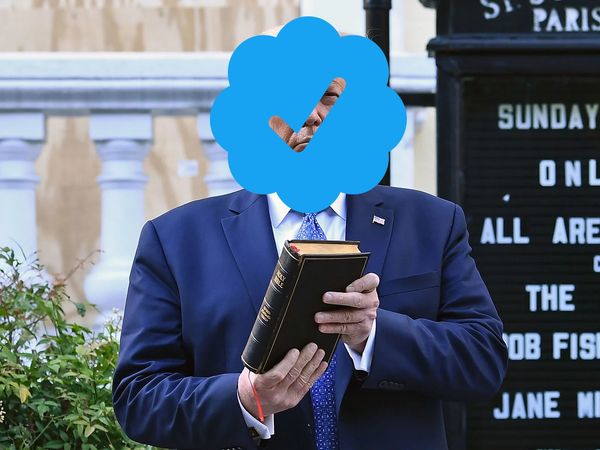